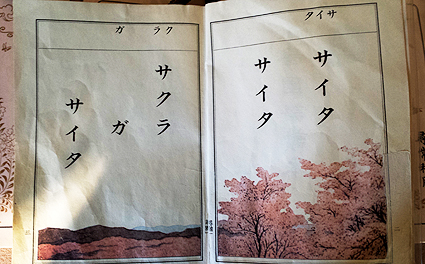 The International Manga Museum in Kyoto is a must-visit for anybody with an interest in comics and graphic novels – and even if you’re not a fan, it’s still worth spending time there. It’s a lovely little museum with a vast collection of comics – including some international ones – and a comprehensive overview of their history.

It’s very hands-on as well so, in addition to learning about the cultural significance of manga, it’s a good place just to sit and read.

The thing I really liked about the place though, which was totally unexpected, is that it is housed in an old primary school which previously served an inner city part of Kyoto. Once you know that, the design and layout of the museum – as well as the creaking floorboards – make a lot more sense. The ghosts of hundreds of former pupils come flooding in, filling the space with echoes of chatter and laughter.

I wonder what all those school children of years gone by would make of the fact that their classrooms and halls are now filled to the ceiling with comics.

In recognition of that past history, the museum also includes exhibits and photographs that chronicle the building’s days as a place of education (as it still is, in many respects).

This part of the museum is powerfully evocative of a past age, such as these examples of old textbooks that were used to teach reading as well as inculcate in the young students an appreciation of Japanese culture and identity.

I love the simplicity of the drawings and the delicacy of the colouring although it’s hard to avoid the inherent nationalism and fostering of a distinct cultural identity which, with hindsight, seems ever more poignant and disquieting.

In the context of a museum devoted to the drawn image, these somewhat naïve depictions are testimony to the ability of illustration to elicit powerful emotions, then and now. 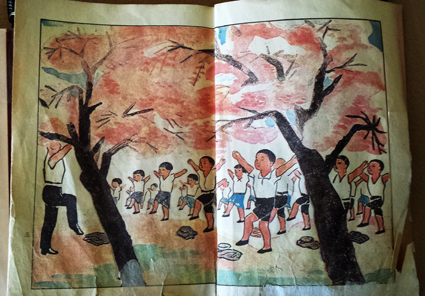