A stretch of coastline, a huge storm and eight pieces of string. 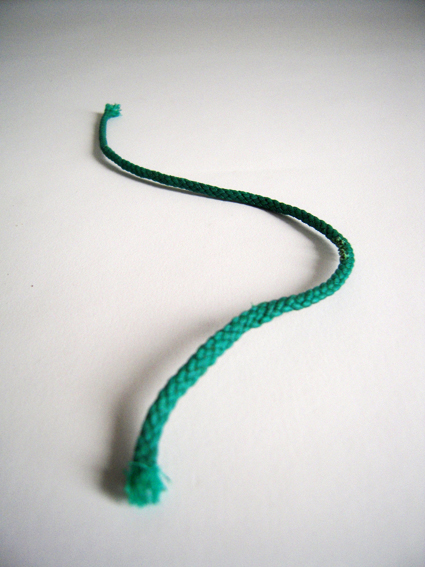 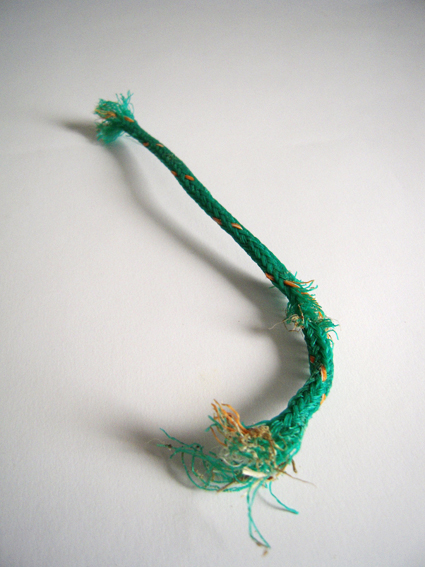 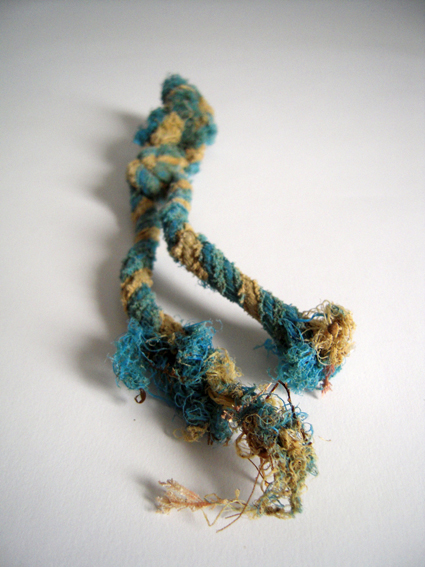 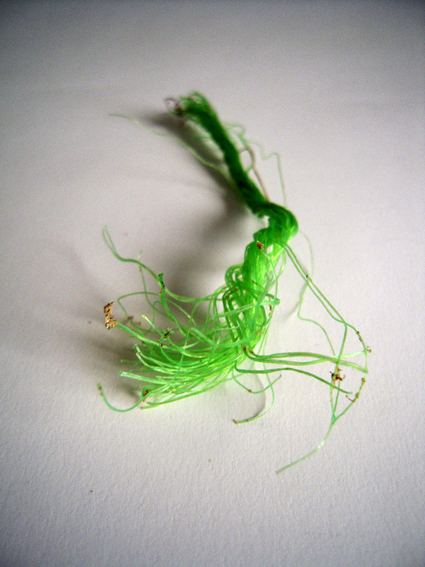 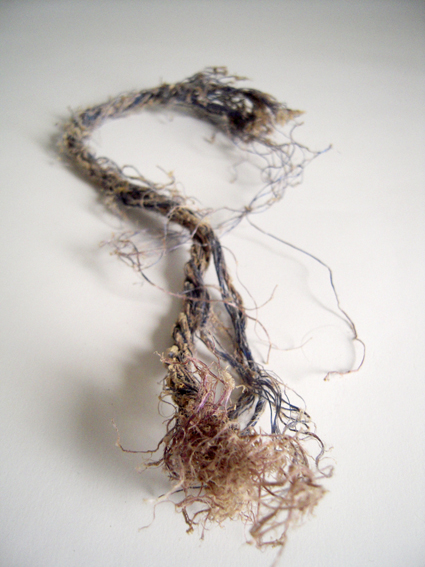 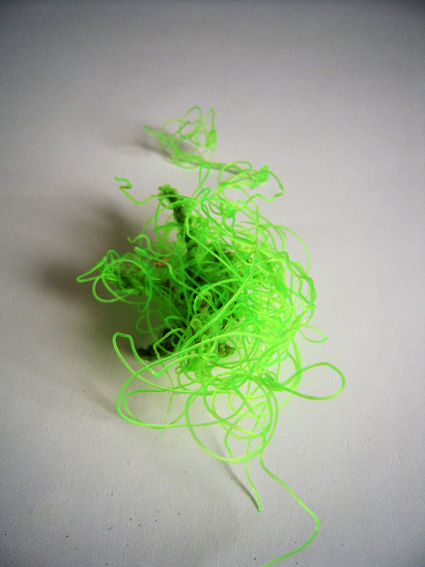 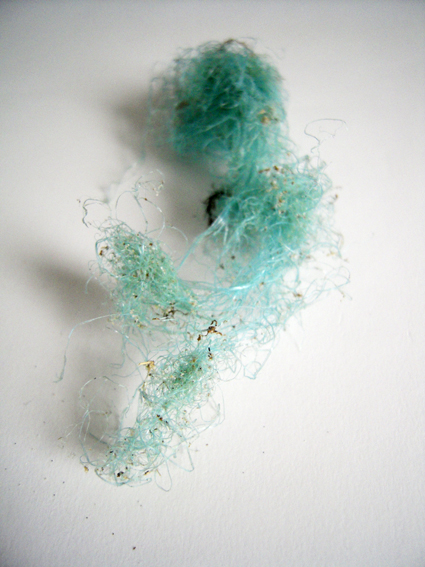 Out for a walk on the beach after a particularly high tide and some rough seas, I found these colourful cut-off castaways caught amongst the driftwood and detritus. String is string, I suppose, but I was struck by the different states of unravelment as if at various stages of metamorphosis from cord to fuzz.

It is a story of an unbecoming. What starts out as just a slight fraying of the ends is gradually transformed by the ceaseless activity of wind and waves into a knotted mass of strands. It is as if this string has been worried into submission, frazzled beyond recognition until its components of polymers and plastics take on an almost organic appearance. It is barely still string, merely a collection of filaments.

It’s easy to see in this process a metaphor for life, starting out pristine and whole and then slowly falling apart, loosening and tangling. Within the string there is a compulsion towards chaos and disintegration – the entropy of entanglement – which is kept in check initially, tightly wound, but which eventually becomes impossible to resist.

There are other forces at play here too, from the utilitarian practicality of string to its abstract decomposition along a continuum of usefulness to uselessness, from industry to art. It is the barest of narratives, held together by string, depicting a progression through space and time. I call it string theory.