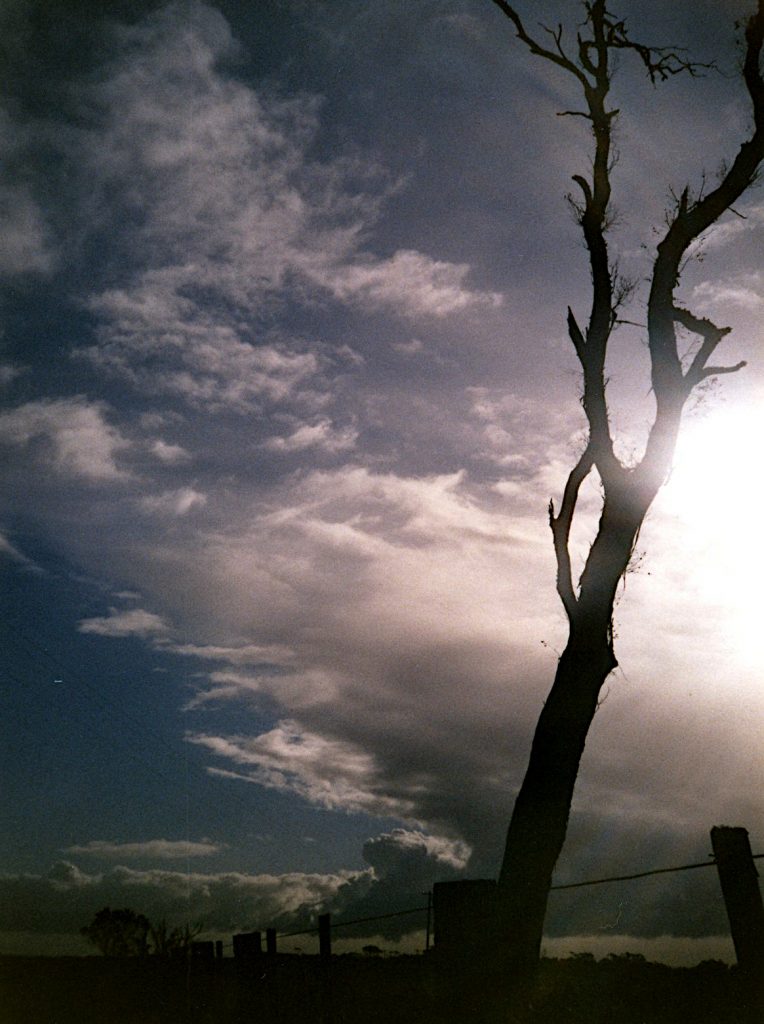 ‘It’s your mother,’ says Zoe, handing me the phone.

I don’t mind taking the call even though there’s something good on telly that I want to watch. I reckon I can still watch it without the sound, so that’s OK.

We do the usual stuff and I try to give it a bit of a spin, make it sound fresh or something, you know how it is. People seem to like that sort of thing. When we run out of things to talk about, I can almost hear the distance between us, the hiss of static in my ear. Then she speaks again and her voice is too loud, too close.

We do the end bit and I hand the phone back to Zoe, turning up the volume on the telly as I lean across.

‘Not bad, not bad,’ I say, although I don’t really know because I forgot to ask.

I watch the telly for a while but it’s too late now and I can’t remember what it was that I wanted to watch, so eventually I get up to do whatever it was I was doing before I started watching telly, although I’m not sure what that was either. Not that it matters anyway because there’s always so much for me to do. I only have to walk into a room and there it is, waiting for me. I’m a very busy guy, except when I don’t feel like it and then I’m just an ordinary slob like anybody else.

I guess I don’t feel like it right now because no matter how hard I try, I can’t seem to get going. There’s plenty for me to do, as usual, but none of it is really urgent and I don’t feel like doing something new. I don’t want to go back to the telly either so eventually I just go and stand by the back door, looking up at the stars. There’s no other place for me to go.

I wait there for a while, listening out for our neighbours who always sound like they’re having an argument even when they’re not, although sometimes they really are, usually about children, why don’t they have any, when are they going to have some and so on. Anyway they must be out tonight because there’s nothing going on. Not that it matters anyway because I’m already here so I might as well stay because if I move too soon then I really will have to go and do something. I’m already waiting for Zoe to ask me what I’m doing, which is what I want even though I never like it when she does ask because then I have to go and find something to do.

Somewhere overhead there is a breeze in the trees. I hear the branches sliding together, a flurry of excitement in the darkness. They’re not very big trees and I can’t see them anyway, but something about them reminds me of another tree I climbed a long time ago. I was smaller then and the tree was old with thick limbs and scaly bark. I started to climb one afternoon, inching my way upwards, feeling the knots and lumps rub against my ribs and shins, and by early evening, I had climbed as high as I could go. I could see the house and backyard spread out far below me. How strange the world looked from up there – bits of machinery lying contorted in the grass, explosions of chicken wire and rotten wood, drums of oily water – as if it all belonged to somebody else, a different family from another town.

Suddenly there is a gust of hot air and the branch I’m lying on starts to sway, the ground shifting beneath me. I grab hold of the branch, wrapping my arms and legs around it so that nothing can separate us. I want to go back down now, to reclaim that world for myself, but I’m too afraid to let go.

So I start to call instead.

I need somebody to rescue me, I need her to come and get me, even though I’m old enough to know better and it’s kind of embarrassing for me. Still, I’ve never called to her before, not when I’ve needed to, not that I can remember anyway. Maybe that’s what makes me do it. I call and I call but she doesn’t come and I begin to wonder if maybe there is something wrong. Perhaps I’m not calling loud enough or there’s something keeping her from me, and that’s when I start to panic, my voice rising to a scream, and suddenly it’s really important that she does come or else I’ll never get out of this tree.

Anyway, I don’t know how long it takes but eventually she does come and she’s looking very angry, so angry that I end up getting out of the tree by myself, mainly by falling, and then she says to me: ‘What are you making all that noise for? Don’t you know I was on the phone? Anybody would think you were dying.’

And no, I didn’t know she was on the phone, although now when I think about it I guess she must have had a bad call or something.

Eventually I go back inside and find Zoe curled up on the couch, eyes closed, although I know she’s still watching. One programme ends and another starts straight away, just a quick break for the weather in brief and a look at something coming up later, either today or some time in the future, nothing too drawn out to make me change my mind or send me away again. That’s the nice thing about the telly; when it really matters, it doesn’t like to let you go, it doesn’t like to lose you. A man says:

There’s still a bit of rain to talk about…

So I keep on watching the telly for a while until suddenly, shifting in my seat, I see what it is that I’m doing, sitting here watching telly with Zoe on the couch pretending to be asleep and all this time I’m wondering what it is that I should be doing when in fact, you know, none of this would have happened if it hadn’t been for that call.