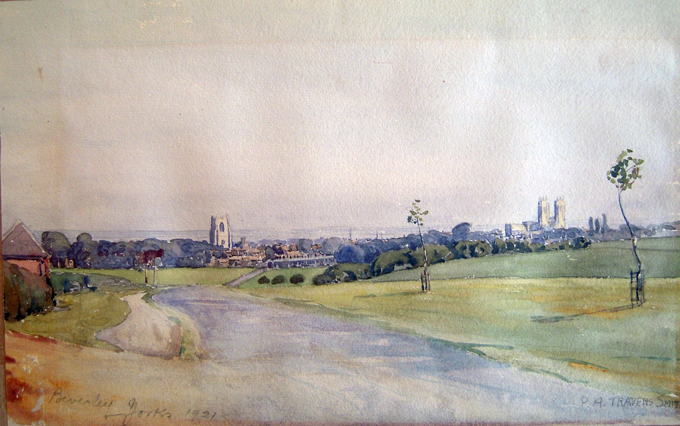 I was intrigued and excited at the prospect of seeing the paintings. Peter Travers-Smith was well-known in the family for his artistic abilities. One of his paintings is at my parent’s house, a beautiful scene of Mount Wellington in Hobart. He painted a number of other landscapes of Tasmania, having arrived there as a refugee from China after WWII. There are also several paintings of the Weihsien internment camp in Shantung province where he was held captive by the Japanese during WWII along with his wife, Hilda, and daughter Meryl.