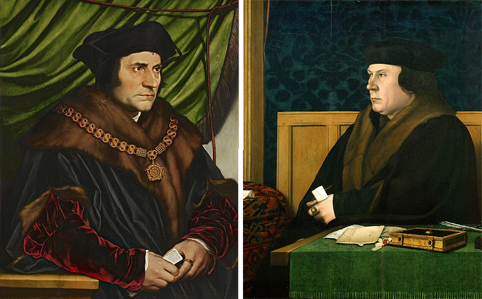 It’s a problem faced by many home decorators: how to fill those awkward wall spaces on either side of the fireplace.

The hero spot above the mantelpiece is easy to solve; this is where narcissism holds sway, either as a portrait or a large mirror. Or perhaps you make a statement with something bold, eye-catching. Expressive. Expensive. This is who I am.

But having sorted that out, there’s then the question of what to do with the blank spaces on either side. A sense of balance or symmetry demands wall hangings that speak to each other, setting up a dynamic that draws the eye and engages the brain: Mum and Dad, cats and dogs, oceans and mountains. Perhaps we take a trip out to Ikea to find a couple of identical frames that suit our sense of proportion and propriety.

If you are a wealthy American industrialist though, you can address this challenge on a whole new level.

Visiting the Frick Collection in New York earlier this year, I was struck by the arrangement of two paintings on either side of the fireplace in the main Living Hall. Both are by Hans Holbein the younger; the one on the left is a portrait of Sir Thomas More painted in 1527 while, on the other side of the chimney piece, there is a portrait of More’s contemporary and nemesis, Thomas Cromwell, painted some time between 1532 and 1533.

For fans of Hilary Mantel’s wonderful Wolf Hall, the Frick’s staging of these two antagonists couldn’t be more appropriate. There’s a certain frisson seeing them together in the same room as they stare balefully at each other across the fireplace, forever joined and yet separated (in this instance it is El Greco’s St Jerome that comes between them, rather than Henry VIII or Anne Boleyn).

Seeing both portraits at the same time, it is clear that More has had the better of this particular confrontation: his portrait feels more alive and vibrant, the soft velvety folds of his garments almost real to the touch (not that I did, although it is remarkable how accessible the artworks are in the Frick compared to other galleries).

In contrast, Cromwell looks flat and stilted (although it has been noted that this might be due to over-restoration). He has a face of stone which barely hints at what might be going on behind it – which is perhaps how he would have preferred it.

The notes from the Frick Collection suggest that this dramatic encounter in the Living Hall is exactly what was intended by Frick; nothing having been changed in this room since it was first designed. The More Holbein was purchased in 1912 followed by the Cromwell Holbein in 1915, just after construction of Frick’s mansion on Fifth Avenue was completed.

Visiting it today, that continuity is one of the more intriguing aspects of the Frick Collection as a whole, the extent to which it represents the tastes and predilections of one immensely wealthy individual – somebody who could basically buy and install what he liked.

Unlike other museums that are organised thematically or chronologically, the Frick Collection is arranged decoratively. There are clusters of Gainsboroughs and Van Dycks; in the West Gallery, two Turner seascapes face each other like windows onto a watery world; the Fragonard room was purposely built to house some wild rococo wall panels that were apparently bought as a job lot. The juxtaposition of the works can be quite startling at times but always seems to be determined what works best on the walls in terms of symmetry, balance and space. This is art collecting as interior design.

By coincidence, the remarkable The Steins Collect exhibit was on at the Metropolitan Museum at the same time as I visited the Frick. This documented the vast collection of modern art assembled by the Stein siblings – Gertrude, Leo, Michael and his wife Sarah – during the early part of the 20th century, about the same time as Henry Frick was accumulating his share of old masters. The Steins (who were nowhere near as wealthy as Frick) pursued a passion for modern art, buying works from the likes of Matisse and Picasso when they were still relatively unknown. Their enthusiasm for what was then new, fresh and challenging is evident throughout the exhibit whereas, in comparison, the Frick Collection seems merely acquisitive.

No doubt, part of the motivation for building such a collection is the sense of self-aggrandisement that derives from owning so many famous works by the greatest painters of all time. And not just the paintings themselves but also who they represent – the kings and queens, lords and ladies, even presidents of the USA. Frick himself is up there, too, on the wall of the library. There’s a certain reflected glory in being surrounded by and living amongst so many noble people, and so beautifully hung too. Not bad for a Pennsylvanian coke merchant*.

And yet, wandering around this collection, a strange thing happens. Artists are such tricky blighters. Time and again, when called upon to record for posterity the magnificence and glory of their benefactors, the likes of Velázquez, Hals, Goya, Reynolds, Gainsborough et al (yes, they are all here) cannot help but hint at something else; that slightly weak chin, the watery eye, the curl of a lip – all suggest such painfully human qualities, the flaw behind the mask, the self-delusion that underpins the grandiosity, the fragility and transience of beauty. This is, after all, what makes them such great artists.

Mortality, impermanence, vanity, and more vanity. It’s perhaps not what the Fricks had in mind when they decorated their joint, but it’s certainly what makes hanging out at their place so rewarding.

* By the by, this raises the question as to whether we will ever see such a great public art collection made possible by the philanthropy of today’s mining magnates in Australia. There’s MONA in Hobart, although that’s not built on mining money, but where is the Rinehart Collection? The Palmer Museum? The Twiggy Forrest Wing? Maybe I’m just not looking hard enough. If the Frick Collection is a reminder of just how impossibly rich 19th century American industrialists were in their time, it also highlights how absolutely uninspiring the current crop of mega-nouveau riche are in our part of the world.