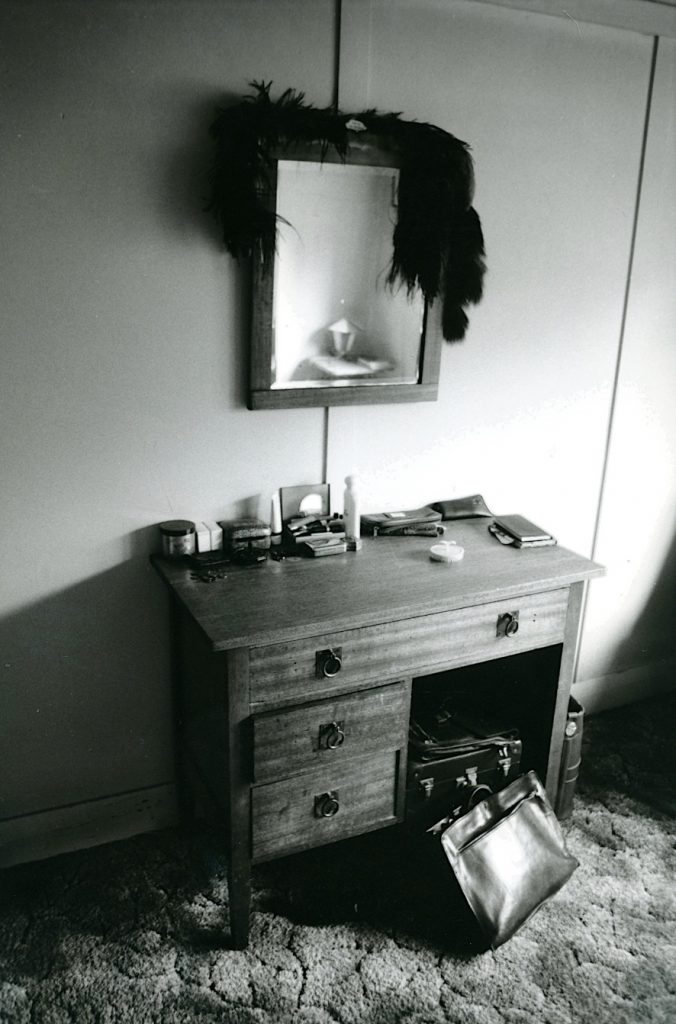 OK. This is what happens.

She says: I’m really going to rationalise my life.

[emptying the drawer onto the bed]

The man is lying in the bed. She says: I mean, what is the point of keeping this?

[holding up the broken Cartier watch]

The man says nothing. She says: It’s not as if it ever worked anyway.

[staring directly at the man]

The man still says nothing.

Background: This is the watch they found in the street one night. Somebody had lost it – maybe it had dropped off or been thrown away – and they had picked it up. It was already broken when they found it but they kept it anyway. It felt like an omen at the time, a sign of good luck. It was the genuine article alright. They even talked about getting it fixed one day and using it as a proper watch but then, after a while, it got put to one side and eventually made its way into the drawer. They had forgotten they still had it.

She drops the watch on the bed and goes into the kitchen.

The man thinks about going to her and asking her if she is alright, if there is anything he can do to make it alright. This is his big chance. She is getting ready to leave now and soon it will be too late to make everything better.

The man continues to lie in the bed.

She returns to the bedroom. She says: Look, I found one. It was in my coat pocket all the time. And I wasn’t even looking.

[smiling at the man and holding up a cigarette]

Then she is gone, banging the front door behind her.

Later: The man gets up and discovers he has lost one of his ear rings. It is his lucky ear ring which he has had ever since he was a teenager. The man pulls the bedroom apart looking for that ear ring even though he knows that he will probably never see it again.